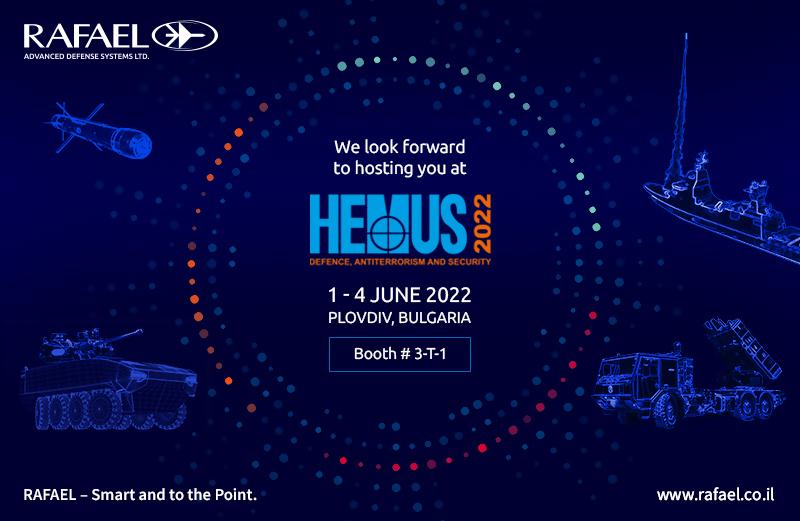 RAFAEL IS PARTICIPATING IN HEMUS 2022 IN BULGARIA 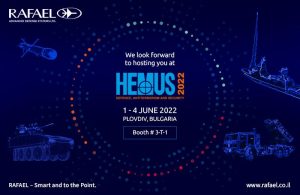 Rafael Advanced Defense Systems Ltd. is showcasing a diverse array of defense solutions and systems at the Hemus International Defense and Services Exhibition in Bulgaria from June 1-4.

At Hemus 2022, RAFAEL will exhibit a variety of its solutions, for air, land and naval applications, with a special focus on Bulgaria’s defense programs and requirements. This includes the country’s 8X8 combat vehicle program, offering a complete package of systems to enable and enhance full ground combat vehicle survivability, maneuverability and lethality. Not least of which is the SAMSON 30mm Integrated RWS which addresses modern battlefield threats with a remarkable combination of the world’s most cutting-edge, reliable, and effective solutions with potential integration of SPIKE LR 1 & 2 multi-purpose guided missiles.  The SAMSON has been equipped with the capability to locate fire sources to effectively return fire, faster, more accurate slew-to-crew, a unified user interface for all subsystems, an inherent hatch for close situational awareness, and under-armor ammunition. The SAMSON RWS has been purchased by global customers from Asia, Europe and the United States.

RAFAEL will also be presenting a number of NATO incorporated systems that have proven their capabilities in the modern battlefield and bolstered the defense capabilities of the company’s European partners. The SPYDER Air Defense System incorporates an open architecture which is currently being integrated, under the Czech Republic contract, into the NATO Air Defense Command and Control and Communications. The SPYDER is supported by the connectivity provided by RAFAEL’s advanced BNET Communication Network. Another NATO incorporated system being exhibited is the renowned SPIKE Missile Family which has been incorporated into the military services of 39 nations worldwide including 19 NATO member states. SPIKE is being manufactured on European soil, and through EuroSpike GmbH may be procured by NATO member states through OCCAR.

SPIKE Missile Family: This family of 5th generation multi-purpose EO-guided missiles provides pinpoint precision up to 32 km on land, at sea, and in the air. With fire-and-update capabilities, SPIKE’s exceptionally high accuracy extends Beyond Line of Sight, greatly enhancing ground vehicle survivability and minimizing the risk of collateral damage. SPIKE family variants have been purchased by 39 nations, including 19 NATO nations, and have been integrated onto 45 different vehicles, helicopters, and naval platforms.